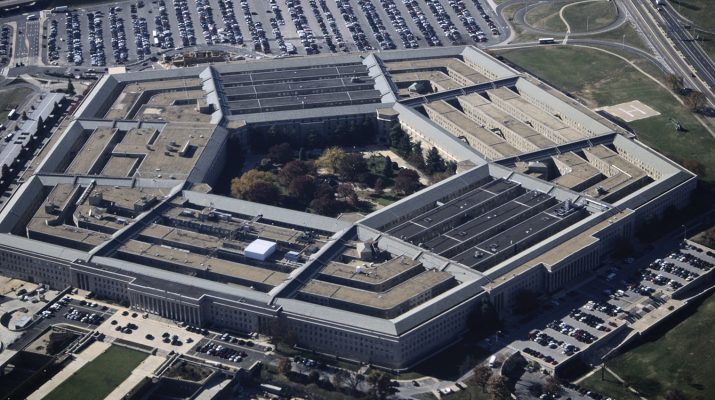 ARLINGTON, Va. — The Pentagon post office underwent its third set of tests for anthrax Wednesday, as a second independent team of military biohazard specialists worked to test the facility for spores.

Stars and Stripes was unable to learn from the CDC what kinds of tests were originally performed, and how many areas were checked before the positive results were found. Repeated telephone inquiries to the CDC’s Atlanta offices and temporary field offices in Washington, D.C., were unanswered by press time.

Nor would Pentagon officials say for the record why they believed it was necessary to test the post office not just a second time, but a third, even after the CDC declared the area safe.

The Defense Protective Service (DPS), which is responsible for all Pentagon security issues, ordered the post office shut down Oct. 15, after spores were found at Washington’s Brentwood mail-sorting facility.

All of the regular mail that comes into the Pentagon is handled by Brentwood, although official Defense Department mail is handled by other facilities.

The CDC detected anthrax in one of the 200 boxes not currently assigned. The other box the agency said spores turned up in belonged to an Air Force civilian who subsequently was sent to Bethesda Naval Hospital for outpatient treatment.

Meanwhile, McGraw said Monday that the post office had been “decontaminated” Sunday, and “retests came up negative after the decontamination.”

Despite the “all-clear,” the post office remained closed Monday because the DPS decided to send in a three-person biohazard team to perform tests of the facility.

“Just to double-check,” Flood said. “The military would always do its own tests [regardless of the CDC’s decision]. Better to be safe than sorry; I think everyone would agree with that.”

The DPS also sent mailbox patrons an e-mail, “encouraging” renters “purely as a precautionary measure” to report to the Pentagon’s internal DiLorenzo Tricare Health Clinic, “for medical evaluation and treatment if appropriate.”

As of Wednesday, 158 people had reported to the clinic, Flood said.

Flood said did not know if everyone who rents a box at the facility had been notified, however. Stars and Stripes, which maintains a post office box in the Pentagon, had not received the advisory.

The testers “hand-swabbed approximately 150 locations” inside the post office, each of which was evaluated on the spot using a hand-held assay device, McGraw told reporters on Tuesday morning.

The team also used wet and dry aerosol particle detection samplers to test the air inside the post office, as well as checking the heat and air conditioning ducts for contamination, McGraw said.

On Tuesday, the U.S. Army’s Center for Health Promotion and Preventive Medicine, located at Aberdeen Proving Grounds, Md., was in the post office at the invitation of the DPS, performing a new set of tests.

Flood said the DPS had requested the Army backup, “to ensure the absolute safety of all Pentagon employees.”

The Army team continued its work Wednesday, although the team’s tests Tuesday “found nothing,” Flood said.

The results of those tests, as well as Monday’s DPS tests, are being sent to an independent laboratory for further evaluation, Flood said. The two sets of data will then be cross-checked and correlated.

Until the DPS gets the results of its own tests and the Army’s version back from the lab, the post office will remain closed, Flood said.